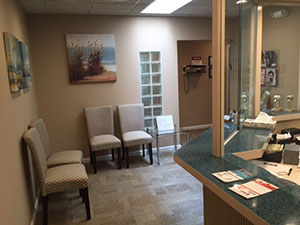 Dr. Jonathan Tiger, a periodontist in Pomona, NY, is experienced in many techniques to treat periodontal disease and improve the oral health and smile of his patients. Dr. Tiger is an active member of the American Academy of Periodontology Specialist in Periodontics (AAP) and the American Dental Association (ADA). He stays current with advancements in treatment procedures through continuing education classes for periodontal specialists.

Many patients are unhappy with their smile due to missing teeth and the damage periodontal disease has caused. With the advancements in dental technology many of these problems can be fixed, and in some cases damage can be reversed. Bone grafting, tissue grafting, the Laser Assisted New Attachment Procedure (LANAP) and dental implants are among the many treatments used to help patients that are unhappy with their smile bring back a healthy, natural look that gives them the confidence to smile again.

Among the services Dr. Tiger provides are:

Please feel free to browse our website for information on these and other treatment options available. We provide the high quality dental care in a state-of-the-art facility. Our office continues to meet and surpass all Occupational Safety and Health Administration (OSHA) and Center for Disease Control (CDC) standards.

If you are one the many patients who are unhappy with their smile, schedule an appointment with Dr. Tiger, a periodontist in Pomona, NY for a thorough evaluation and treatment plan options that may serve your needs.

You can contact our office by phone or email to set an appointment. We are available to facilitate emergency calls and appointments. 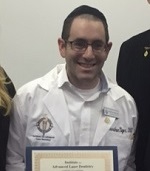 Dr. Tiger has recently become an instructor at the Institute for Advanced Laser Dentistry. He is now certified to instruct those who are learning how to perform the LANAP procedure.

Click here to listen to Dr. Tiger’s latest interview on Dentistry for the new Millennium

A Letter About Flossing

As a periodontist, I need to say this to those who rejoiced at the recent Associated Press report that found little scientific evidence backing the effectiveness of flossing: You should definitely still floss.

More than 500 different types of bacteria can be found in dental plaque. And while brushing removes plaque from the surface of your teeth, it’s the plaque and debris that gather in the hard-to-reach spaces between the teeth and along the gum line that can be rather insidious if a person is not flossing regularly. Prolonged exposure to plaque buildup can incite an inflammatory response in the gums, one that often leads to gum disease (which is also known as periodontal disease). As it advances, periodontal disease can erode the bone and gum tissue supporting the teeth, leading to tooth loss. With a large body of research linking it with such systemic conditions as diabetes and heart disease, periodontal disease can also go beyond the mouth and affect a person’s overall wellbeing.

According to the U.S. Centers for Disease Control and Prevention, one out of every two American adults over the age of thirty has some form periodontal disease. There are a number of factors that contribute to its onset, including age, whether a person smokes, the presence of other systemic conditions, and family history. However, by continuing to floss as a low-cost and low-risk part of a regular oral hygiene routine (which should also include brushing twice a day and receiving a comprehensive periodontal evaluation every year), a person is doing his or her part to contribute to a life of healthy gums.

Here’s what we need to understand about the Associated Press report: a lack of high-quality evidence is not proof of ineffectiveness. Much of the literature cited in the AP’s report was poorly designed. An ideal investigation of flossing’s impact on gum health—research that has not yet occurred likely due to considerable expense—would require thousands of participants and, because gum disease is one that progresses slowly, would need to occur over the course of at least 10 years.

Until research like this is conducted, my fellow periodontists and I encourage Americans to floss on.

We have received your form submission and appreciate your feedback. If you have any additional questions or comments please feel free to contact us directly.

We hope to see you again soon!